Simply CME 2: A Variety of Topics for the Practicing Physician

Accreditation Statements:
The Missouri Association of Osteopathic Physicians and Surgeons (MAOPS)  is accredited by the American Osteopathic Association to provide osteopathic continuing medical education for physicians. MAOPS designates this program for a maximum of 7 AOA Category 1-A credits and will report CME and specialty credits commensurate with the extent of the physician's participation.

The Missouri Association of Osteopathic Physicians and Surgeons (MAOPS) is accredited by the Accreditation Council for Continuing Medical Education (ACCME) to provide continuing medical education for physicians.

The Missouri Association of Osteopathic Physicians and Surgeons (MAOPS) designates this enduring activity for a maximum of 6 AMA PRA Category 1 Creditä.  Physicians should claim only the credit commensurate with the extent of their participation in the activity.

Planning Disclosure:
The MAOPS Education Planning Committee has no relevant financial relationships with any organization producing, marketing, reselling, or distributing healthcare goods or services consumed by, or used on, patients relative to the content of this presentation.

Grievance Policy:
All grievances should be in writing and should specify the nature of the grievance.  Initially, all grievances should be directed to MAOPS Executive Director, who will then forward said grievance to the Education & Convention Committee.  All grievances will receive an initial response in writing within 30 days of receipt.  If the participant does not receive a satisfactory response, then they can then submit a complaint in writing to the Council on Continuing Medical Education of the AOA at 142 East Ontario Street, Chicago, IL 60611. 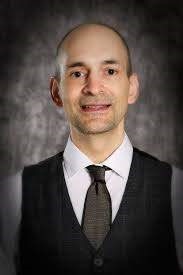 Dr. Christopher Cirino completed his residency at George Washington University in Washington, DC, after graduating from Ohio University's College of Osteopathic Medicine in Athens, Ohio. Dr. Cirino is board certified in Infectious Disease and Internal Medicine by the American Board of Internal Medicine. He appreciates the chance to help patients overcome infections while identifying risk factors that impact their wellness.

In 2019, Dr. Cirino developed a website, Your Health Forum, now featuring more than 100 health articles for patients and the general population. He has published five health-related children's books and is preparing to publish two adult health books in the next few months. Dr. Cirino is striving to develop a health model that factors in behavior and maladaptive cycles as the impetus to disease and as a means toward patient empowerment in its prevention and treatment.

"I enjoy being a patient advocate and participating in the care of patients across multiple disciplines, and working with other physician groups to assist in patient care," Dr. Cirino explains. Dr. Cirino is married and has three children. He enjoys art, playing the guitar, writing, hiking, and traveling.

Dr. Cirino discloses that he has no relevant financial relationships with any organization producing, marketing, reselling, or distributing health care goods or services consumed by, or used on, patients relative to the content of this presentation. 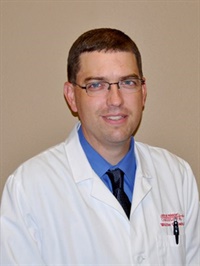 Dr. Coats discloses that he has no relevant financial relationships with any organization producing, marketing, reselling, or distributing health care goods or services consumed by, or used on, patients relative to the content of his presentation. 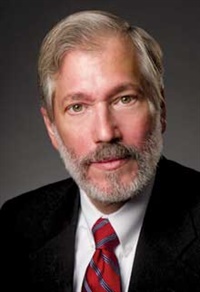 Dr. David Goldman is a graduate of the University of Illinois and Washington University School of Law. He later earned his Doctor of Osteopathy degree at AT Still University Kirksville College of Osteopathic Medicine (KCOM) in Kirksville, Missouri. Dr. Goldman completed his internship at the Kirksville Osteopathic Medical Center in Kirksville, Missouri, and his residency in Psychiatry at Vanderbilt University Medical Center in Nashville, Tennessee. He also completed a fellowship in Child and Adolescent Psychiatry at Vanderbilt. He is the Medical Director of The Goldman Group, LLC, a multi-disciplinary psychiatry/therapy group. Dr. Goldman is also the Medical Director of Mark Twain Behavioral Health in Hannibal, Missouri. Dr. Goldman serves as a Medicolegal Consultant and continues his private psychotherapy and psychopharmacology management practice. He serves as a Professor at Southern Illinois University Medical School in Springfield, Illinois, and KCOM in Kirksville, Missouri.

Dr. Goldman was the 2001 recipient of the Max Gutensohn Professor of the Year Award at KCOM and has been awarded the Order of Merlin Excalibur by the International Brotherhood of Magicians. Dr. Goldman is board certified in General Psychiatry by the American Board of Psychiatry and Neurology. He also is a Fellow of the American Psychiatric Association and the American College of Legal Medicine.

Dr. Goldman discloses that he has no relevant financial relationships with any organization producing, marketing, reselling, or distributing health care goods or services consumed by, or used on, patients relative to the content of this presentation. 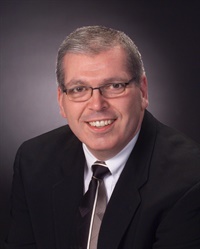 Dr. Kevin Hubbard is currently a hospice and palliative care physician with Saint Luke’s Health System in Kansas City, Missouri. Prior to his current position, he served as professor and Internal Medicine chair at Kansas City University of Medicine and Biosciences - College of Osteopathic Medicine (KCU-COM).  He serves as Associate Medical Director for Saint Luke’s Hospice. Dr. Hubbard serves in leadership and advisory capacities in many osteopathic professional organizations. He served as President of the American College of Osteopathic Internists (ACOI) from 2007 to 2008 and was recognized by the ACOI as “Internist of the Year” in 2013. He also served as MAOPS President in 2011.  MAOPS presented Dr. Hubbard with the “Physician of the Year” and Distinguished Service awards for his many years of dedication and outstanding service to the association and profession.

Dr. Hubbard discloses that he has no relevant financial relationships with any organization producing, marketing, reselling, or distributing health care goods or services consumed by, or used on, patients relative to the content of his presentation. 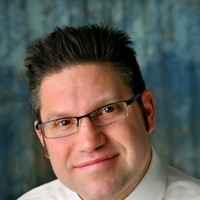 Dr. Kaufman has no actual or potential conflict of interest, financial relationship/arrangement or affiliation with any entity producing, marketing, re-selling, or distributing health care goods or services consumed by, or used on, patients. 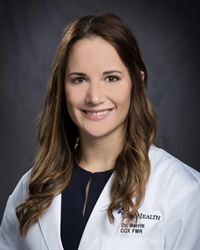 Dr. Karissa Merritt was born and raised in Saint Joseph, Missouri, where she knew that she was passionate about people and their care from a young age. She spent much of her undergraduate career at the University of Denver but graduated with a Bachelor of Science degree in Biology from the University of Missouri-Kansas City. She decided to pursue medicine at Liberty University in Lynchburg, Virginia, where she received her DO degree in 2018.

She is completing her third year as a Chief Resident at Cox Family Medicine Residency. She lives in Nixa, Missouri, with her husband, Seth, and their dopey but precious dog, Henry. Her other interests include fitness and exercise, adventuring in the Ozarks and across the world (as COVID allows), spending time with friends and family, and good food.

Professionally, she is passionate about wellness, access to quality food as preventive health care, and addressing socioeconomic barriers to care. She is also particularly interested in mental health in primary care.

Over the past 18 months, she has developed a soon-to-be system-wide food insecurity screening initiative, which has opened the doors to much learning, relationship-building, and the development of new community resources.

Dr. Merritt discloses that she has no relevant financial relationships with any organization producing, marketing, reselling, or distributing health care goods or services consumed by, or used on, patients relative to the content of her presentation. 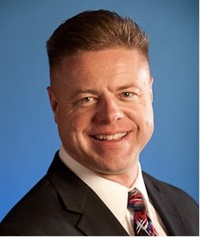 He provides his patients with a health program that brings a heightened sense of well-being, health & vitality through a uniquely personalized approach. He treats the whole family from the cradle to the grave and has a special focus on insulin resistance, diabetes, cholesterol, hypertension, and weight management. He is also specially trained in laser skin revitalization, fat sculpting, tattoo and hair removal. He is the owner and chief medical officer of Nally Family Practice and the Arizona Bariatric Institute.

Dr. Nally served as the President and member of the Executive Committee for the Arizona Osteopathic Medical Association and is recognized as a Health Policy Fellow through the American Osteopathic Association. He serves as an Adjunct Professor for both AT Still University of Health Sciences, Mesa, Arizona, and Midwestern University Medical School, Glendale, Arizona.

Dr. Nally served for six years in the Air Force Reserve as a Major in the Flight Medicine Department of the 944th Medical/Dental Fighter Squadron. He also served as the Team Physician for Willow Canyon High School from 2002-2010.

After graduating from Grand Canyon University in Phoenix, Arizona, he attended medical school at AT Still University Kirksville College of Osteopathic Medicine (KCOM) in Kirksville, Missouri. He completed his residency in 2002 at John C. Lincoln Hospital in Phoenix, Arizona, in Family Medicine, where he served his last year as the Chief Resident. He resides in Waddell, Arizona, with his wife and two children on a small ranch where he enjoys horseback riding, archery, camping, and gardening with his koi in his aquaponics garden and pond. He is an avid reader and enjoys active participation in his church.

Dr. David Tannehill is currently the Clinical Director of Critical Care Medicine for Mercy Clinic in St. Louis, Missouri. He is a Past-President of the Missouri Association of Osteopathic Physicians &Surgeons and a Past-President and current member of the Missouri Board of Professional Registration for the Healing Arts. Dr. Tannehill is an Adjunct Assistant Professor of Medicine at Saint Louis University.

During his time at Mercy Clinic and Mercy Virtual, Dr. Tannehill has won multiple awards for teaching excellence. He was integral in developing Mercy's Sepsis Program. His leadership has helped the Missouri Board of Registration for the Healing Arts develop an approach to telemedicine and physician wellness that the Missouri Association of Osteopathic Physicians & Surgeons has adopted. He is a 1998 graduate of Washington University in St. Louis, Missouri, and a 2005 graduate of AT Still University Kirksville College of Osteopathic Medicine in Kirksville, Missouri. Dr. Tannehill is board certified in Internal Medicine and Critical Care Medicine by the American Board of Internal Medicine and is also board certified in Neurocritical Care Medicine by the United Council of Neurologic Subspecialties.

Dr. Tannehill discloses that he has no relevant financial relationships with any organization producing, marketing, reselling, or distributing health care goods or services consumed by, or used on, patients relative to the content of this presentation.

This program has ended.
Ok